On the eve of what is the last Budget of the current Conservative Liberal Democrat coalition, we thought it would be interesting to look back to the winter of 1996 /1997 and see what Keynotes had to say about the last Budget of the Whisky sipping, cigarette smoking Chancellor, Ken Clark. New Labour’s victory in May of that year changed British politics in a similar way to the Thatcher victory, eighteen years before in 1979. Labour took on many of the Conservative government’s policies, continuing to privatise previously state owned institutions and becoming more centre left than could have been imagined before that election.

The print quality is not great but this was after all only the second ever Ayres Punchard Keynotes, produced on a dot matrix printer when the firm was only 2 years old.

The two page newsletter challenged the common misperception of the previous eighteen years of Tory rule as an era of low taxation. It is worth the effort to read, despite the poor quality, which came through the fax machine having been approved for public release by the firm’s compliance network.

Eighteen years on the somewhat controversial analysis of what was to come under New Labour is also interesting, focusing on economic management and pondering the relative success and failure of the various Labour and Conservative Governments up to that point: 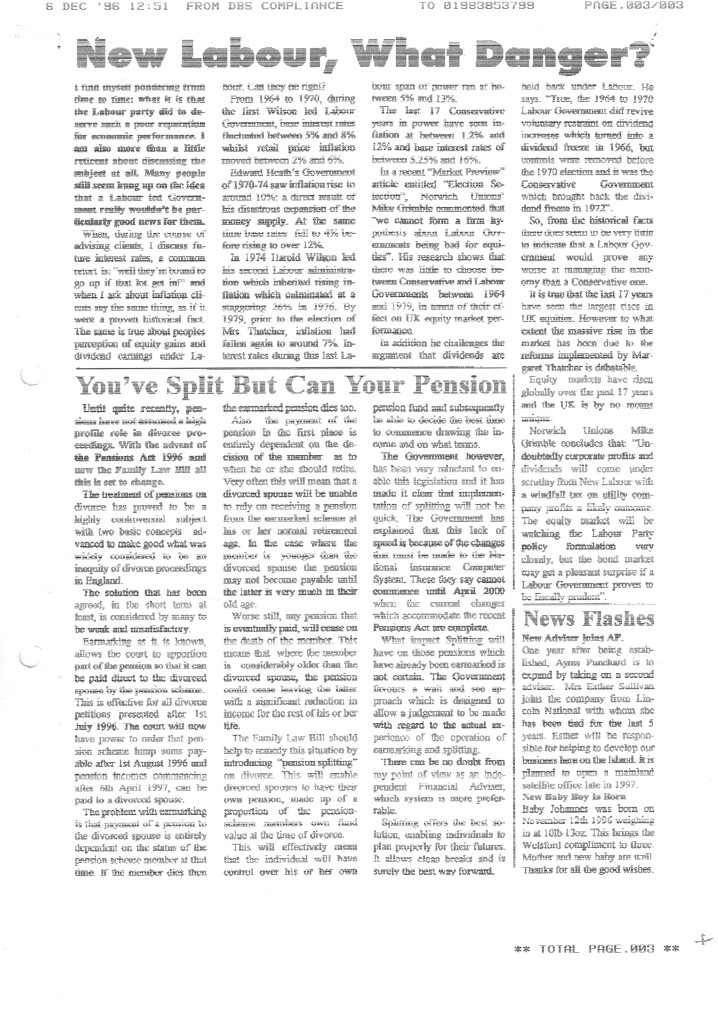